YouGov: The key findings from our MRP

After much anticipation, YouGov’s official 2019 general election MRP model is here. The model, which called 93% of seats correctly in 2017, currently shows the Conservatives on course for a sizable majority.

Were the election held tomorrow, the Tories would win 359 seats (42 more than they took in 2017) and 43% of the vote (around the same as last time). In terms of seats won, this would be the Conservatives’ best performance since 1987.

Below are some of the main take-outs from YouGov’s 2019 general election MRP model. 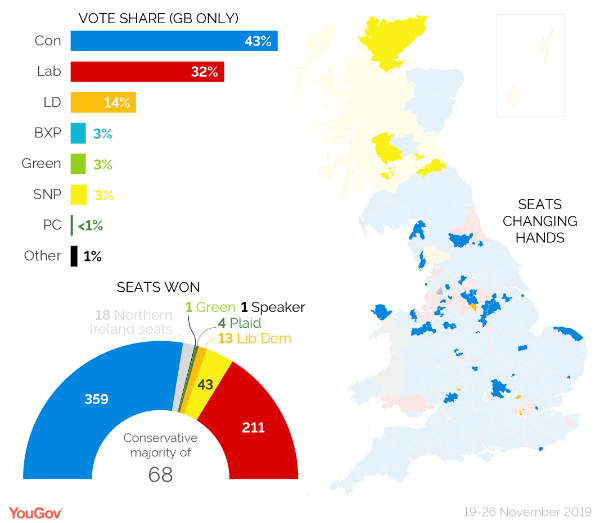